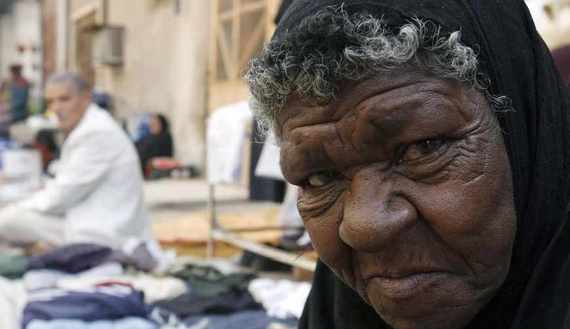 An African-Iraqi woman begs for money on a street in Basra, 420 km (260 miles) southeast of Baghdad December 4, 2008. Inspired by Barack Obama’s election in the United States, some black Iraqis plan to run in a forthcoming election, to end what they call centuries of discrimination because of their slave ancestry. Picture taken on December 4. To match feature IRAQ/BLACKS REUTERS/Atef Hassan (IRAQ) – RTR22FNQ

I am doing a bit of research and came across these links are African people in the Arab world.  Fascinating materials and I wanted to shore.  So much to learn!

Here are a couple of interesting links to Africans in Iraq.  The first link is a book with a chapter on Black people in Iraq.  Very interesting things here.

And here is one on anti-Black racism in Tunisia.

Finally, an article on discrimination against Black people in the Arab world.

This deserves much more attention.  It also makes me wonder what if any historical traditions exist about Pah-Africanism in the Arab world.

In love of Africa, 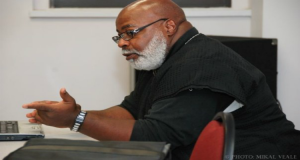