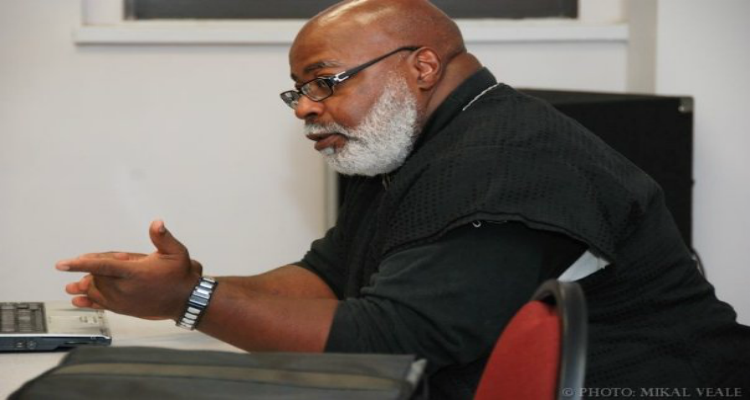 1. “History is a light that illuminates the past, and a key that unlocks the door to the future.”

2. “Black man in America, you are racially profiled, the last hired and the first fired. You are discriminated against on every level. You have the highest unemployment rate and the highest rate of incarceration. You are the last one to receive justice in the judicial system. You are even, typically, the first one to get killed in the movies! Racism underlies your entire life, from cradle to grave. Now how can you tell me, honestly, when it comes to picking a mate, that you don’t believe in race, you don’t see color and you can’t help who you fall in love with and then call me a racist for pointing it out to you? Let’s be real here.”

3. “We cannot destroy white supremacy until we address the internal contradictions in ourselves and in our communities that allow white supremacy to continue to flourish.”

4. “Egypt is in Africa. It has always been there. I have been to Egypt 22 times and it has been in Africa every time. And the people who were responsible for Pharaonic Egypt were African people = Black people. In fact, the African name for Ancient Egypt is Kmt = The Black City or the Black Community. The relationship between Africa and Africans with Ancient Egypt is similar to that of Europe and Europeans to ancient Greece and Rome. Our discussions of Egypt should not imply that we are ignoring the rest of Africa. We are simply focusing on what is arguably the most spectacular part of Africa and a part of Africa that has been artificially detached from our Motherland.”

5. “There is no question that Africa is the Mother Continent. It is the birthplace of modern humanity. If we did not know it before, the genetic studies of the past thirty years have surely confirmed this. Of course, a lot of people, even Black people, find this impossible to accept. And I think the reason for this is our bias against Africa. We are taught, systematically, from the beginning, to be anti-African. And I have found this to be the case even in Africa. So many of us would prefer to think of ourselves as anything but an African. Even myself, as a youth, because my mother’s mother was Cherokee, I thought of myself as a Native American. Yes, even me. But as I grew and learned about Africa and studied Africa my pride in my African identity soared like an eagle. So, today, when I hear our people say that they are not African, I don’t get angry with them. I feel sorry for them and pray that one day they cease to be content with the food of chickens and see themselves as the mighty eagles that they truly are. We are African people. Get comfortable with it. And learn to love your African self.”

6. “I think sometimes that the seeds of [whyte supremacy] and Black self-hatred are so deeply planted within us that if all of the [whyte] people in the world were to vacate the planet today, Black people would still be in a mess. Sometimes I think that it is the enemy within that is the real killer.”

8. “Africans came to America, BEFORE, DURING AND AFTER enslavement. Don’t start our history at the end; start it at the beginning.”

9. “I have said it a lot of times and I say again right now. Africa is not named after Scipio Africanus. Scipio Africanus was the Roman general who engineered the defeat of Carthage, which was in the country we now know as Tunisia. The name Scipio Africanus means “conqueror of Africa.” That alone implies that the term Africa was in use before his time. We should stop repeating such a foolish and inaccurate and insulting comment. Whatever the name Africa means and wherever the word comes from, it was not named after a Roman general.”