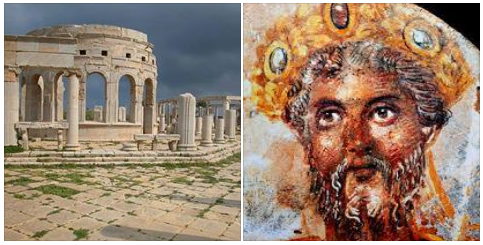 Septimius Severus was born in Leptis Magna in April 146 and later came back to refurbish the city of his birth. He reigned from 193 to 211 and was succeeded by his son Caracalla. This photo of the ruins of Leptis Magna was brought to my attention by my young friend and researcher Jay Knuckles. The photo of the emperor I took in the Antiquities Museum in Berlin, Germany. Yes, there were African emperors of the Roman Empire.