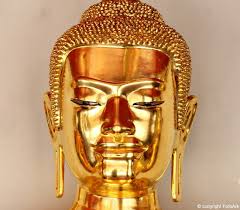 IT IS POSSIBLE TO FLY FROM DEPARTURE CITIES OTHER THAN NEW YORK CITY!

Day 3: Saturday, Jan 9:  Arrive Singapore at 6:50 am connecting flight at 9:45 am arriving Bangkok at 11:10 am, meet and greet and transfer to Centrara or Le Meridian Hotel.   Afternoon lecture by Runoko Rashidi on the African Presence in Asia.

Half day city tour includes a visit to the Grand Palace which was established in 1782 by Rama I, on his choosing of Bangkok as the new Thai capital. The whole complex encompasses many buildings, such as the Coronation Hall and the Royal Pantheon, with additions and renovations made by successive Chakri kings. The most revered spectacle is the Emerald Buddha, enshrined in the Wat Phra Kaew. Next to the Grand Palace visit Wat Po, the largest temple in Bangkok and home to the 15 metre long reclining Buddha. It is renowned as a centre for the study of Thai massage and known as the first Thai university. Across the river, visit Wat Arun (The Temple of Dawn), an 82 metre high Khmer style “Prang”, and a much-loved Bangkok landmark. Lunch is provided at a Thai restaurant before visiting a jewelry retailer.  Optional tour of Night market later  (B/L)

Visit two salient temples in the ‘City of Angels’. Wat Phra Jetuphon, better known as Wat Pho, is the oldest of Bangkok’s temples and is situated opposite the Grand Palace. The temple is renowned as Thailand’s oldest university and there are instructive murals illustrating the finer points of Thai massage which is still taught and practiced here. The highlight is the 46 metre long and 15 metre high statue of a reclining Buddha. But not to be overlooked is the principal image in the main chapel, the Ayutthaya period Phra Buddha Theva Patimakorn. Also included is a visit to Wat Traimitr, located near to Bangkok’s main railway station. The temple houses a 5.5 ton gold Buddha, which was discovered when it’s plaster casing broke whilst being transported to its new home from the port area. In turbulent days past, coating valuable images in plaster was a ruse to hide their true value from raiders. The major sites of Bangkok, couple of temples, national museum   (B/L)

11:35 am flight on Bangkok Airlines from Bangkok to Siem Reap, Cambodia arriving 12:35 pm.  Meet and greet and transfer to hotel, the Tara Angkor Resort.  City tour.  Later experience a night of culture and traditional  dinner and show.

After breakfast, transfer to the archaeological site.   Visit the South Gate (with its huge statues depicting the churning of the ocean of milk), the ancient capital of Angkor Thom (12th century), Bayon Temple (unique for its 54 towers decorated with over 200 smiling faces of Avolokitesvara), the Royal Enclosure, Phimeanakas, the Elephants Terrace and the Terrace of the Leper King. Breakfast at hotel.  Led by a Khmer archeologist starting to visit Angkor Wat, one of the largest temples in world and covers an area of 200 hectares and surrounded by moat and an exterior wall measuring 1300 meters x 1500 meters.  Afternoon, Visit Angkor Thom, the South Gate of Angkor Thom, Bayon Temple, built from the late 12th century to the early 13th century by King Jayavarman VII and consists of 54 towers, the Royal Enclosure, the Phimeanakas, the Elephants Terrace and the Terrace of the Leper King, then visit Ta Prohm, surrounded by jungle. Early this evening, we will take the Tuk Tuk (the most common taxi in Cambodia) to cruise around the Siem Reap and town and for a blessing ceremony by Buddhist monks for happiness, prosperity and safety for your journey.  Return to hotel.

Continue your visit of the temple complex covers 81 hectares and is comparable in size to the Imperial Palace in Beijing. Its distinctive five towers are emblazoned on the Cambodian flag and the 12th century masterpiece is considered by art historians to be the prime example of classical Khmer art and architecture. Angkor Wat’s five towers symbolize Meru’s five peaks – the enclosed wall represents the mountains at the edge of the world and the surrounding moat, the ocean beyond. Continue your temple tour. See the unique interior brick sculptures Prasat Kravan, the Srah Srang reservoir (known as “The Royal Baths” was once used for ritual bathing), Banteay Kdei (surrounded by 4 concentric walls), Visit the village and take an excursion in a traditional wooden boat on the Tonle Sap Lake, the “Great Lake” of Cambodia, one of the largest in Asia. Visit to “Les Artisans d’Angkor – Chantiers Ecoles” of Siem Reap if time permits.  Rest of the day free.

Morning lecture by Dr. Rashidi on the Black Heritage of Southeast Asia.  Visit other major Angkor monument, especially the ancient city of Angkor Thom.   The tour will include a visit of Angkor Thom, royal capital of prolific builder Jayavarman VII, dating from the late twelfth century. Most striking of the monuments is the Bayon, a mountain of face-towers, said to be the likeness of the king himself, viewing his realm in all directions. Outside of Angkor Thom, view the remains of Ta Prohm which has been left as it was rediscovered, entwined by strangler-figs. In the afternoon visit the awe-inspiring Angkor Wat, state-temple of Suryavarman II, from the early 12th century and the largest religious monument on earth. A late afternoon view may be taken from the Phnom Bakeng.  Transfer to airport for an evening flight to Hue.  Upon arrival  30 minutes drive to Hoi An, overnight Glory Hotel & Spa.

Compact Hoi An with its cobbled streets, tiny shop houses and laid back restaurants and bars is a perfect place to relax a while. On a short walking tour of the enchanting historical town, we’ll visit the Chua Ong Pagoda, Chinese Assembly Hall, 200-year-old Tam Ky house, former merchants’ homes and the 400 year-old Japanese Covered Bridge. … The rest of the time is for leisure shopping and relaxing.   Overnight Glory Hotel & Spa

Today we take the scenic Hai Van Pass (Road of the Ocean Clouds), which offers magnificent views of beaches to one side and lush hills to the other, to Hoi An. We visit the magnificent Cham museum with many cultural objects displaying as antique statues carved in 13th century, here you will also look back the spirit cultural life of the Cham… Evening, enjoy dinner together with 90 minutes Hue traditional music performance on boat then floating the paper lantern on Perfume river   Overnight Saigon Mori Hotel.

After breakfast, we embark on a guided sightseeing tour of the 19th-century Nguyen empire;  ancient capital of Vietnam. Visit Khai Dinh mausoleum and Dong Ba market,  the Thien Mu Pagoda, home to the oldest monastery in the city and the citadel. Within the citadel is the Imperial Purple Palace, an exact copy of the Forbidden City in Beijing, with its impressive ramparts, formal moats and imperial palaces, some of which lay in ruin.  PM: Boat trip alongside Perfume river, an 8kms boat ride alongside the river, enjoy countryside villages and spectacular landscape on both sides of the river.  Transfer to airport at 6p for your flight to Ho Chi Main city.  Transfer to Rex Hotel

Explore bustling Ho Chi Minh City (formerly known as Saigon)  tour will give you an insight into the history, culture and the daily life of the locals in Ho Chi Minh City. Discover the historic Giac Lam pagoda, bargain for souvenirs at Ben Thanh market and enjoy a lunch of local Vietnamese cuisine. After lunch free to shop and stroll along Ho Chi Minh City’s tree-lined boulevards.

After breakfast spend the day shopping.  7:50pm departure for New York, via Singapore arriving the next day, Friday, Jan 22, 11:15am

IT IS POSSIBLE TO FLY FROM DEPARTURE CITIES OTHER THAN NEW YORK CITY!

US citizens do not need visas for Thailand.

Vietnam visa stamping fee $45.00 per person to pay on arrival at airport.