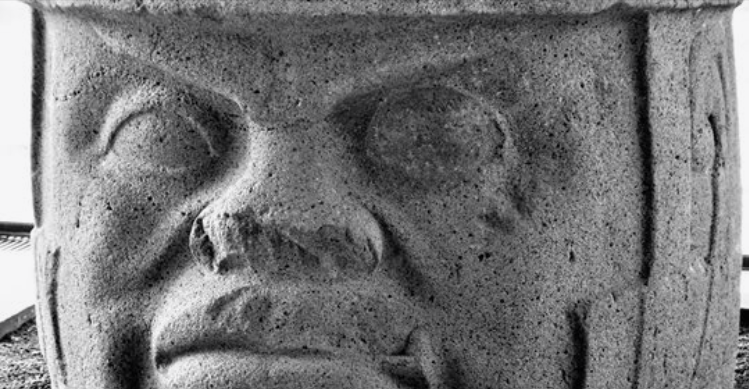 The Olmec (2000 B.C.E.–300 C.E.) were an early people of Meso-America who settled the Mexican Gulf Coast. The ancient American culture that they produced has been labeled the first civilization of the western hemisphere. No one knows whence the Olmec came or whether they were direct derivatives of the indigenous population.

We do know that much of their sculpture, especially nineteen colossal stone heads, clearly evidences an ancient Africoid presence in the Americas. In fact, some scholars have concluded that the Olmec may have originally have been an African settler-colony which conquered the indigenous population of southern Mexico.

Others are convinced that the African presence among the Olmec merely consisted of a small but elite and influential community. The Olmec civilization dominated Meso-America long before the massive enslavement and deportation of Africans from Africa as the result of enslavement. The evidence in support of it is abundant. And yet this critically important data is not taught in the classrooms and universities of either Africa or the Americas. We cite it as another example of the importance of contemporary Africa as a consequence of the Trans-Atlantic Slave Trade and its aftermath.